There are situations where we stress out quickly when we start the computer and in a few seconds, it dies instantly due to some hardware failure. With that issue, we will discuss a question asked by many clients.

“Everything was working perfectly until my computer went completely off in a second I pressed the power button. The screen went completely dark and it wouldn’t react to anything, the only way to start it was to remove the power cord and plug it back in. The hard drive was not detected in BIOS. So I replaced the hard drive too and it worked for some time. But after a while, the same thing happened and again PC stopped. Again I did the whole thing and now my new hard drive is dead as well.

I checked everything and found out that there was a small screw stuck behind the motherboard shorting it. I removed it and now installed an SSD and it working completely fine!

Now, I have 2 1TB hard drives damaged with me. Is it possible that a short circuit due to screw caused it? It certainly is possible. If the screw shorted +5V line to the +12V line then it could burn up the Hard Disk controller on the board.

Hard drive failures are too common and inevitable. But in a condition of this data can still be recovered. In some cases, hard drive repair might be possible too. Data recovery requires special knowledge and tools, so always contact hard drive data recovery or computer data recovery professionals. To avoid such problems, always keep a backup of your data. Whenever you format your internal, external or a USB removable drive windows will give you three options: NTFS, FAT32,… The 2016 MacBook Pro is even harder to repair than its predecessor. An iFixIt teardown revealed that the SSD… 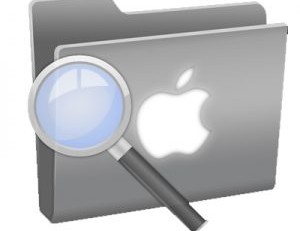 How to Recover Data From Mac?

As we all know that how important the data is stored in our computer whether its photo, music, file… 6 Reasons Why Your External Hard Drive is Slow

What to do when your Data gets corrupted!!

Common Reasons for which Hard Drive Fails Externally or Internally

In this blog, we will discuss how does the hard drive can damage or corrupt internally or externally. There… Until now, while purchasing a computer or laptop, we only had one choice when it came to storage, a… Save Time and Money: Backup your data.

Nowadays data backup is more important because you don’t know when your Hard drive will corrupt or damage. And…